Home Blog What Is COB Light And Why Do Not Have One? What Is COB Light And Why Do Not Have One?

Olight recently released a new product, that is Swivel work light. This is Olight’s first attempt in the field of work lights. What attracts me is that this lamp has both floodlight and flashlight mode, the floodlight uses cob light, and the flashlight mode uses LED light. Today we will introduce in detail what is COB light, what is the difference between COB and LED light, what are the advantages of COB, which scenes can COB be used, and finally an introduction about Swivel. Let's learn about these two types of lights one by one.

About the COB lights

1.What is COB light？

COB is the abbreviation of chip-on-board. It is a high-efficiency integrated surface light source technology that directly attaches LED chips to a mirror metal substrate with high reflectivity. It is mainly used to solve the problems of low-power chips manufacturing high-power LEDs.

2.What is the difference between COB light and traditional LED light?

The traditional LED technology also called SMD LED lights used in most other trade show lighting today are found in LED bulbs, light strings, and LED light strips. The notification light on your phone is also an SMD LED light. As we all know, SMD lamps are very bright, with an output power between 50 and 100 lumens per watt.

COB LEDs have 1 circuit and 2 contacts and need multiple channels to create a color-changing effect. Therefore, COB LED lights can effectively provide only one color of illumination. But they are brighter, consume less power, and output a higher quality beam. The following is a picture of the difference between COB light and LED light. 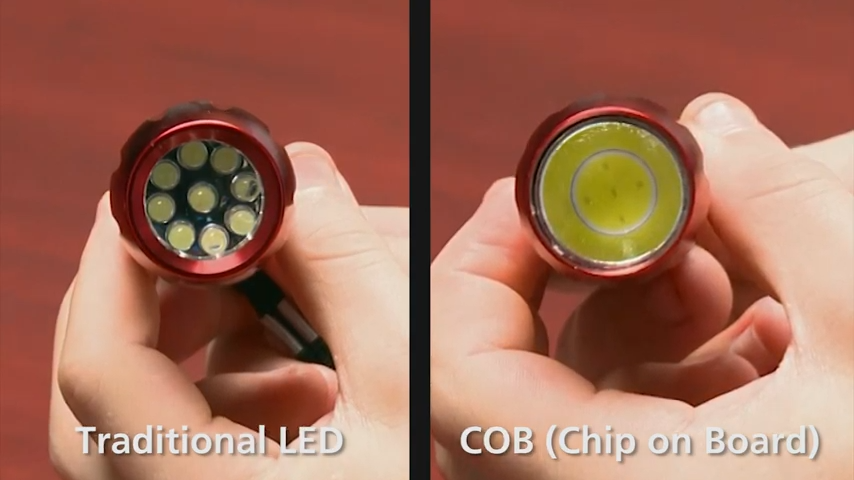 3.What are the advantages of COB?

COB lights can increase the lighting area significantly and avoid glare at the same time which means that we can offer a super bright light with less power in a room.

The gap between each diode is fairly narrow that the whole size of the light panel is quite compact. This provides great flexibility to use it in different places.

The brightness is uniform. When illuminating a subject, it brings a clean and distinct shadow outline. This makes it ideal for creating special lighting effects during shooting, thus it gains popularity from photographers and filmmakers.

Because an array of light emitting diodes are mounted on one substrate, the density is higher than other LED chips, which means strong light intensity.

Because of design simplicity, it contains fewer components than traditional LEDs. Hence, the heat generated by the components is relatively low.

COB LEDs can be widely used in household to industrial scenes, such as living rooms and halls requiring wide-angle beams, large stadiums, playgrounds and gardens requiring high lumens at night and so on. It can be applied as flashlights, overhead lights, street lights and downlights.

How is the new work light Swivel performance?

Swivel is a kind of product for work light which has two lighting modes. One is used as a floodlight at work, with three levels of brightness adjustment, and a max runtime of 90 hours when in energy-saving low mode. When in flashlight mode, there are two brightness adjustments. The detailed parameters are as follow: 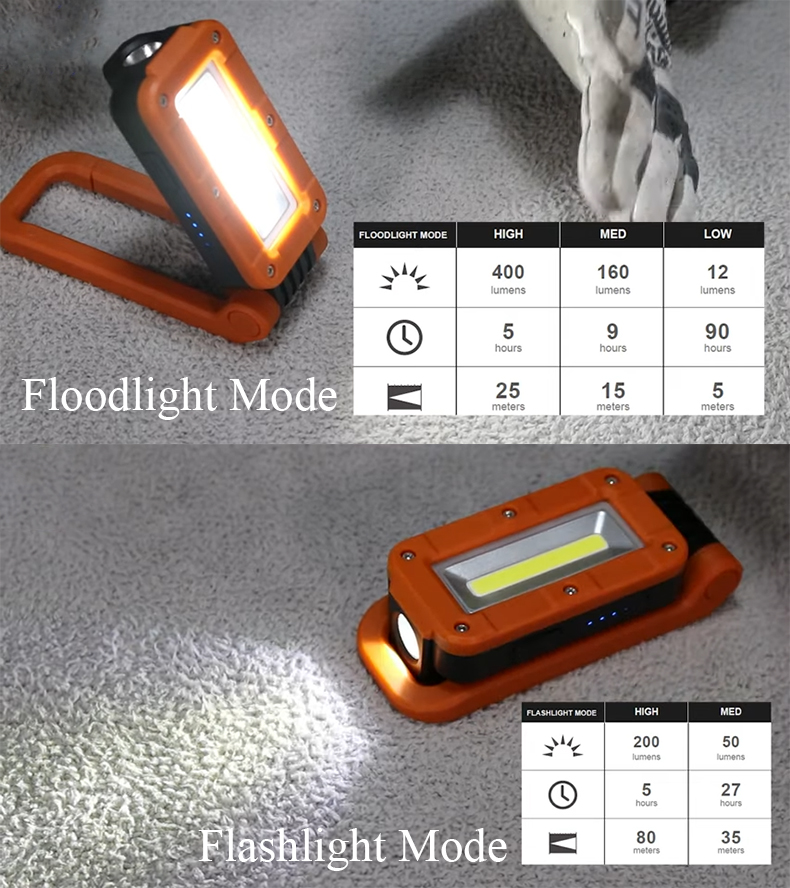 The outstanding features of Swivel:

COB light has a wider illumination range than LED light. The COB light can provide a larger lumen value with the same energy, which is energy-saving and environmentally friendly.

The function of built-in heavy grip magnetic and the clip hook helps you to fix Swivel anywhere, on a backpack, on a car, on a tent, etc., especially when working, you have no need to hold it. Of course, it can also be used as a hand-held flashlight if you want, replacing the flashlight as a daily lighting tool. 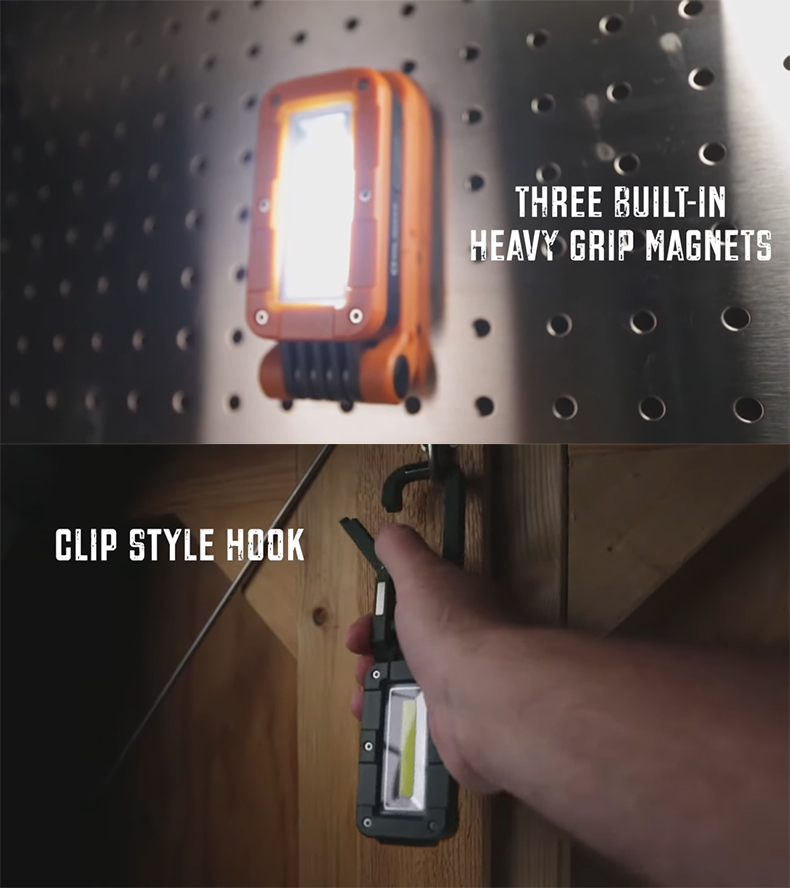 Swivel is smaller than the average work lights on the market and can rotate 180 degrees to meet your needs so it's the best-in-class choice for everyday carry.

COB lights and traditional LED lights are both energy-saving and efficient light sources on the market now. Hope this article can provide you with some practical suggestions for choosing the light you need. Olight will also continue to invest in research and development in the field of work lights, bringing you more and better products as well as Swivel.

Previous
Guideline: which colour temperature shall I choose for my LED?
Next
Small EDC Lights: i5R VS i5T Plus Camping with mini Lantern on your next weekend Guideline: which colour temperature shall I choose for my LED? What Is COB Light And Why Do Not Have One?

Thanks for coming Olight 15th Anniversary